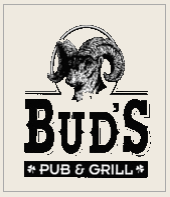 One of the busiest intersections in our town of Dixon has always been the corner of First and A streets. It was the main thoroughfare for travelers from Vacaville, Rio Vista and Sacramento in years gone by. Bud’s Pub & Grill and Catering sits on a very historic corner.

In and around 1870, when most businesses were making the big move from Silveyville to the new town of Dixon, A. Kirby, a young pharmacist for W. A. Trafton, decided to reestablish himself in the new town and chose the southwest corner of First and A Street. The building was moved by huge rollers drawn by mules the distance of about three miles.

The original building was of wood and was part of or adjoined by the I.O.O.F. Lodge Hall. In November of 1883, a great fire erupted on B Street and was swept by the north wind across town destroying the west half of the business section including the Kirby Drug Store. The I.O.O.F. Lodge rebuilt a two story brick structure on this location and the lower corner was leased to a saloon keeper. A photo, circa 1895, shows a corner view of the saloon with an advertisement for Buffalo Beer for 5¢.

In 1922, shortly after Prohibition laws were being enforced, this corner was transformed into a grocery store. In 1928, the new grocers were Brewen, Coleman & Lucas. In 1931, the Corner Cafe opened for business with Joe Young in charge. He had come over from China at the age of 30 and had a restaurant in Davis. After his death a year later, his wife continued to operate the cafe until the business was purchased by Tom Wong in 1936.

The establishment continued as the well-known Corner Cafe until it became known as Frank’s in 1969 under the guidance of Frank Fong. Several renovations occurred under the new proprietor and then, in 1980, Wally Munoz took over the business and made additional changes to include some weekend entertainment. However, Wally then sold the place back to Frank, who, along with his wife Rowena, continued a successful business until his death in 1995. His wife continued to operate the cafe until its sale to the present owners, Bud and Cherie Fanning, in January of 1996. It has been the Fannings goal to present an exterior and interior atmosphere of the 1890s–in fact, they were the first to recreate the 1890s look in the downtown area.

Bud’s Pub & Grill and Catering is a place of history and good taste!